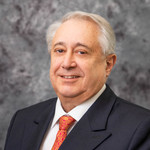 Philippe Lemaitre retired in November 2006 as Chairman, President and Chief Executive Officer of Woodhead Industries, Inc., a publicly-held automation and electrical products manufacturer, upon its sale to Molex. Before joining Woodhead in 1999, Mr. Lemaitre was Corporate Vice President and Chief Technology Officer of AMP, Inc. and was also in charge of AMP Computer and Telecom Business Group Worldwide. Prior to joining AMP, Mr. Lemaitre was an Executive Vice President of TRW, Inc. and also General Manager of TRW Automotive Electronics Group Worldwide. He previously held various management and research engineering positions with TRW, Inc., International Technegroup, Inc., General Electric Company and Engineering Systems International. Mr. Lemaitre also served as Chairman of the Board of Directors of Multi-Fineline Electronix, Inc. from March 2011 until the sale of the company in July 2016. He holds a Master of Civil Engineering degree from Ecole Spéciale des Travaux Publics, Paris, France, and a Master of Science degree from the University of California at Berkeley, California. Mr. Lemaitre has served as a Director of the Company since June 2007, and as Chairman of the Board since June 2013. Mr. Lemaitre's more than 32 years' experience in the development of technology and technology-driven businesses, his track record of successfully managing global business functions including sales, engineering, research and manufacturing operations, and his role as Chairman of another public company provide a wealth of experience in key areas of the Company's business and governance. 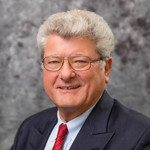 Marc Bertoneche is an Emeritus Professor in Business Administration at the University of Bordeaux in France, and was on the Faculty of INSEAD, the European Institute of Business Administration in Fontainebleau, France, for more than 20 years. He was a Visiting Professor of Finance at the Harvard Business School. He is an Associate Fellow at the University of Oxford and a Distinguished Visiting Professor at HEC Paris. He is a graduate of University of Paris and earned his MBA and PhD from Northwestern University. He has served as a Director of the Company since August 2001. As an academic and a consultant to universities and businesses throughout the world, Dr. Bertoneche is exposed to diverse business leaders and brings a global perspective and depth of experience in the finance area. 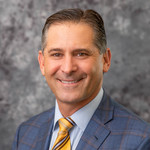 Doug Britt has been a Director of the Company since December 2016. Mr. Britt is President of Flex Ltd. (Nasdaq: FLEX), a leading sketch-to-scale™ solutions company that provides innovative design, engineering, manufacturing, real-time supply chain insight, and logistics services to companies of all sizes in various industries and end-markets. From May 2009 to November 2012, Mr. Britt served as Corporate Vice President and Managing Director of Americas for Future Electronics, and from November 2007 to May 2009, he was Senior Vice President of Worldwide Sales, Marketing, and Operations for Silicon Graphics. From January 2000 to October 2007, Mr. Britt held positions of increasing responsibility at Solectron Corporation, culminating his career there as Executive Vice President, and was responsible for Solectron's customer business segments including sales, marketing and account and program management functions. Mr. Britt earned a bachelor's degree in business administration from California State University, Chico, and attended executive education programs throughout Europe, including at the University of London. As an executive at multi-national companies, Mr. Britt has extensive global M&A experience and a deep understanding of customer relationships and leading a global business. 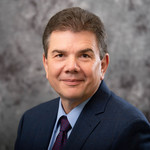 Wolfgang Dangel became President and Chief Executive Officer of the Company on April 1, 2016. From January 2014 to March 2016, he was a consultant to the Schaeffler Holding Company. From September 2011 to December 2013, he served as President of Schaeffler Automotive Global and a member of the Executive Board of the Schaeffler Group and, from January 2007 to September 2011, as President of Schaeffler Group Asia/Pacific and a member of the Extended Management Board of Schaeffler Group (Global). Mr. Dangel previously served as President, CEO and CFO of Bosch Rexroth North America, from January 2001 to December 2006. Prior to that, he was affiliated with other Mannesmann and Rexroth companies, including as Managing Director and Chairman of the Management Board of Mannesmann Rexroth (China) Ltd. from June 1996 to December 2000. Mr. Dangel previously served as a member of the board of directors of the National Fluid Power Association. He holds a Masters Degree in Economics from the University of Applied Sciences in Rosenheim, Germany. Mr. Dangel has served as a Director of the Company since June 2009. With more than a decade of direct experience working in the fluid power industry and extensive experience in Asia, Mr. Dangel brings a wealth of knowledge regarding the customers and markets in which the Company's products are sold. 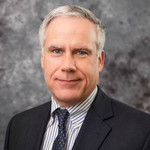 Kennon Guglielmo served as Co-General Manager of Enovation Controls, LLC (“Enovation”) from the time it was acquired by the Company on December 5, 2016, until April 5, 2019. He co-founded Enovation, which operates as a separate, standalone subsidiary of the Company, in September 2009, first serving as its Chief Technology Officer and subsequently as its Co-Chief Executive Officer, along with co-founder Frank Murphy, III. Dr. Guglielmo currently serves as CEO of Genisys Controls, LLC, a segment of Enovation that was carved out prior to Enovation’s acquisition by the Company. Dr. Guglielmo has been an independent director of Rush Enterprises, Inc. (NASDAQ:RUSHA) (NASDAQ:RUSHB) since January 2015. He holds a B.S. in Mechanical Engineering from Texas A&M University and an M.S. and Ph.D. in Mechanical Engineering from The Georgia Institute of Technology. Along with his executive and entrepreneurial background and skills, Dr. Guglielmo will bring a wealth of experience in the electronics area and product development to the Board. 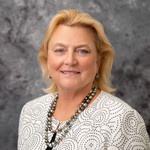 Chris Koski joined the executive team of nMetric, LLC as head of marketing in July 2006 and has served as its President and Chief Executive Officer since January 2011. Prior to joining nMetric, Ms. Koski founded Koski Consulting Group, Inc. in June 2001 to work with start-up companies in the area of business strategy and marketing. From 1980 through 2000, Ms. Koski held various positions in sales, product management, purchasing, sales management, and international marketing management with Celanese A.G. or its former affiliates, including Celanese Ltd., Hoechst AG and Hoechst Celanese Chemical Group Ltd. In June 2016 Ms. Koski purchased the probiotic business unit from Oragenics and is now the CEO of ProBiora Health LLC. Simultaneous to the acquisition, Ms. Koski resigned from the board of directors of Oragenics, Inc. (OGEN). Ms. Koski is also a member of the National Association of Corporate Directors, Dallas Chapter, and is an alumnus of Harvard's Corporate Board Effectiveness Program led by Professor Jay Lorsch. Ms. Koski has served as a Director of the Company since May 2000. As the daughter of the Company's founder, Ms. Koski has a unique understanding of the Company's culture. Her international sales and marketing background contribute to the Board's overall level of experience in these areas. Ms. Koski graduated from St. Lawrence University with a BS degree in chemistry and received an Executive MBA degree from Southern Methodist University. 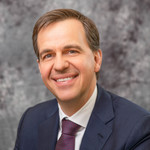 Alexander Schuetz serves as CEO of Knauf Engineering GmbH, an engineering company in the gypsum based construction materials industry. Prior to joining Knauf in February 2009, Dr. Schuetz held various management positions for more than 10 years in Finance, Business Development, Mergers & Acquisitions, Project Management and General Management in the fluid power industry at Mannesmann and Bosch Rexroth, including as CEO of Rexroth Mexico and Central America from August 2000 to August 2007. From 1998 to 2000, he was based in Beijing, China and was responsible for the Finance, Tax and Legal division at Mannesmann (China) Ltd., the holding company for a number of affiliated companies of the Mannesmann Group, including Rexroth, Demag, Sachs and VDO. Dr. Schuetz holds a Ph.D. in international commercial law from the University of Muenster, Germany. In 2003, Dr. Schuetz completed the Robert Bosch North America International General Management Program at Carnegie Mellon University. Dr. Schuetz has served as a Director of the Company since June 2014. With more than 10 years working in the fluid power industry and extensive experience in major growth regions of the world, including Asia and Latin America, Dr. Schuetz brings global insights into markets and customers to Sun.